The information presented on this page will help you avoid accidental plagiarism.

What is plagiarism and why is it important?

Plagiarism is using other people's ideas and words without clearly acknowledging the source of that information.

To avoid plagiarism, you must give credit whenever you:

All of the following are considered plagiarism:

Most cases of plagiarism can be avoided, however, by citing sources. Simply acknowledging that certain material has been borrowed and providing your audience with the information necessary to find that source is usually enough to prevent plagiarism.

Source: What Is Plagiarism? (n.d.) Retrieved November 20, 2012, from <http://plagiarism.org/citing-sources/whats-a-citation>

It's tempting to cut and paste parts of a paper that you wrote for another class, or even to turn in the whole paper again, especially if you did well on the assignment. However, this is self-plagiarism. Always check with your instructor before reusing your earlier work for the current assignment. 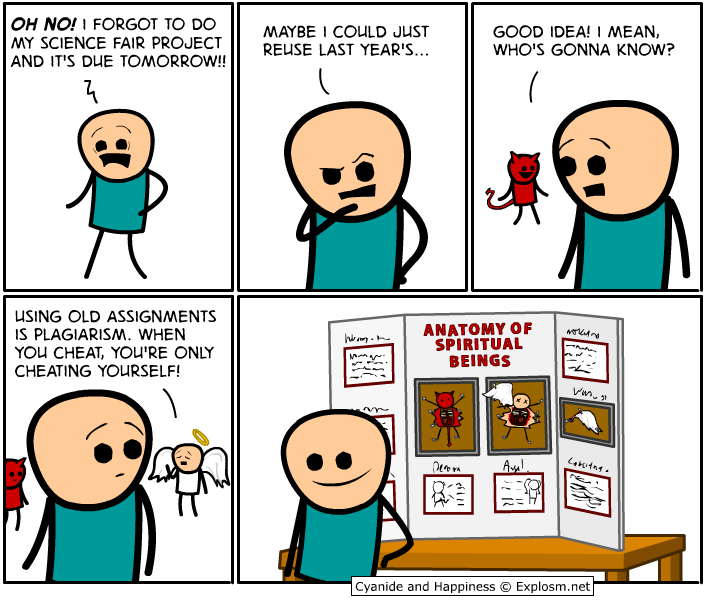 Did I Plagiarize? If You're Not Sure, Ask Yourself These Questions: Plagiarism is a Serious Offense at CCC

CCC is committed to the ideals of truth and honesty. Students are expected to adhere to high standards of honesty and integrity in their academic endeavors. Plagiarism and cheating of any kind are serious violations of these standards.

Academic dishonesty is a serious offense, which includes but is not limited to the following: cheating, complicity, fabrication and falsification, forgery, and plagiarism. Cheating involves copying another student’s paper, exam, quiz, or use of technology devices to exchange information during class time and/or testing. It also involves the unauthorized use of notes, calculators, and other devices or study aids. In addition, it includes the unauthorized collaboration on academic work of any sort. Complicity, on the other hand, involves the attempt to assist another student to commit an act of academic dishonesty. Fabrication and falsification, respectively, involve the invention or alteration of any information (data, results, sources, identity, etc.) in academic work. Another example of academic dishonesty is forgery, which involves the duplication of a signature in order to represent it as authentic. Lastly, plagiarism involves the failure to acknowledge sources (of ideas, facts, charges, illustrations, etc.) properly in academic work, thus falsely representing another’s ideas as one’s own.