Here you will learn how to recognize a scholarly article, its components and strategies for reading

Or how things fit together 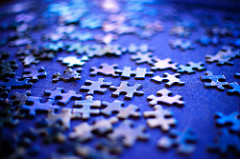 Scholarly articles do not all look exactly the same but they have similar characteristics. By learning about these characteristics, you will know how to identify something scholarly.

If you are having trouble finding or identifying a scholarly article or journal for your assignment, ask a librarian!

Scholarly articles in the Social and Physical Sciences are referred to as research articles. Research articles present original studies that add to the current scholarship on a given topic.

The table below describes the components of Scholarly articles in the Social Sciences and Physical Sciences. The majority of research articles in these disciplines will have the sections listed below, but there will always be some outliers.

Within the Arts and Humanities, scholarly articles are set up differently than in the Sciences. Articles will read more like essays, rather than scientific experiments. As a result, there is not a standard format for these kind of scholarly articles. Although an article written in an essay style may seem more approachable to read, the rule still applies that the authors are writing for other experts in their fields, so they will likely still be challenging to read and include terminology and jargon from the discipline.

In the Humanities, scholars are not conducting research experiments on participants but rather are making logical arguments based on the evidence they have; often this comes from texts. In literature, for example, a scholar may be studying a particular novel of an author. In history, a scholar could draw new conclusions based on primary source documents from the time period she is studying.

The following sections are generally included in humanities scholarly articles, although not always. If they are included, they may not be clearly marked. In fact, each article you read on a topic will have different section headings, if any, decided upon by the authors and editors.