If we are to understand the charts on the previous tabs we must ask exactly what determines whether something is simple or complex, biased or objective, good or bad. Since Donald Trump's election, we have heard a lot about "fake news." Though fake news is a problem, it is not necessarily THE problem. News reporting can be objective, biased, falsely balanced, framed, or entirely fake! The problem is the lack of objectivity among both creators and users of information, a lack which manifests itself on a sliding scale that looks something like this: 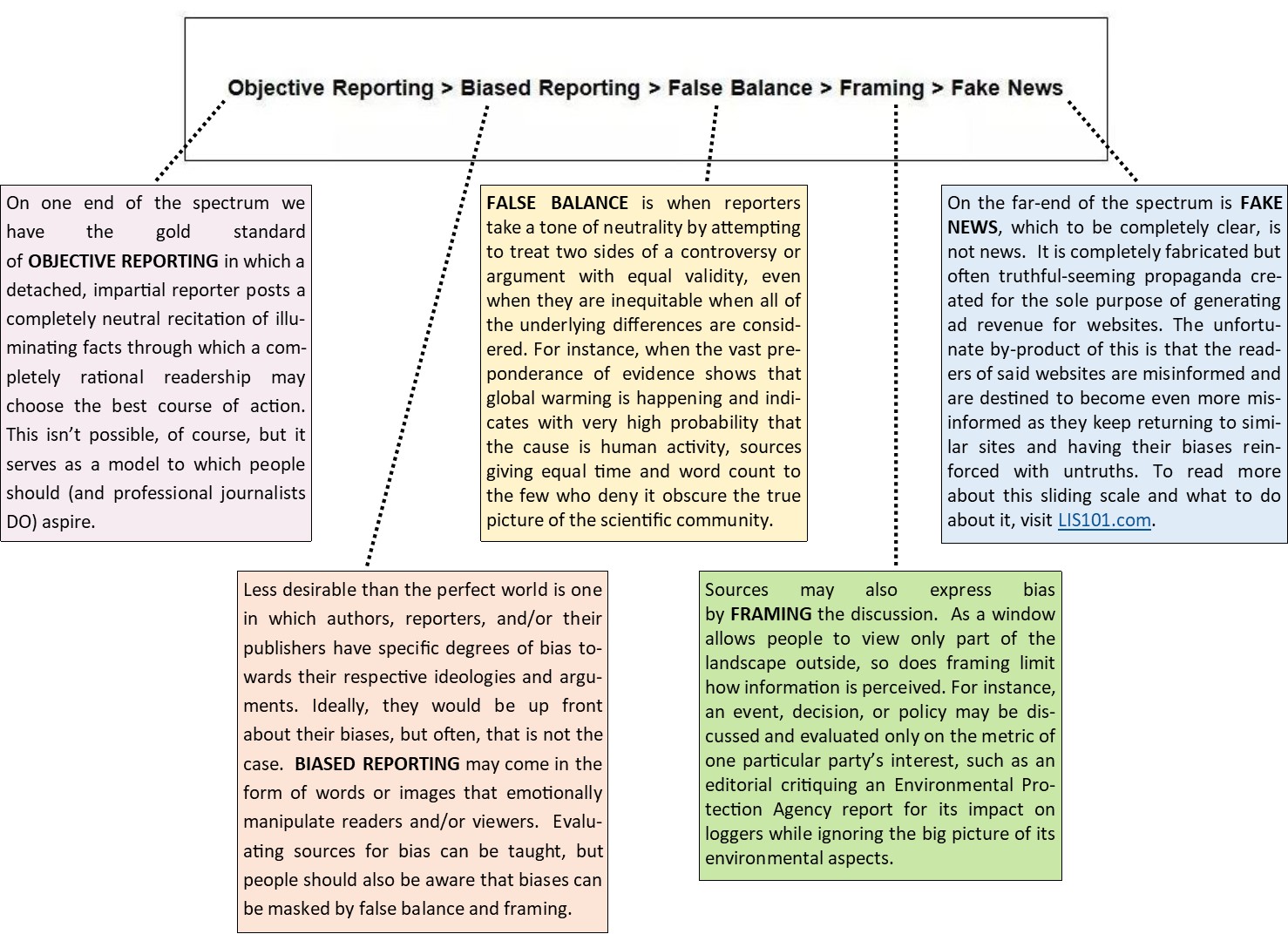 To read more about the problematic nature of mass media in the US, it is instructive to read Peter Vanderwicken's "Why the News is Not the Truth." Vanderwicken highlights the conflicts between government and business in shaping what we see on the news every night and how we perceive it.  He notes coolly that, "news can change perceptions, and perceptions often become reality."